A few years ago I created a Lync “aggregator” which scours 120+ blogs and other related sites for Lync articles and posts what it finds to various places. You can see the output in Twitter, Twitter again, Bitly, Facebook, Google+,  Tumblr, and in various apps I’ve put out over the years. I’ve also added a less-complete aggregator for Exchange which you can see on Twitter.

For those on Android devices, you can download the Lync News 2013 app which will get you by until I can get that updated to add the Exchange feeds and a bit more in-line (at least content-wise) with the Windows apps.

If you are using an iPhone then you are hosed. But you probably already new that.

Below are some quick screen shots from the Windows 8.1 app. 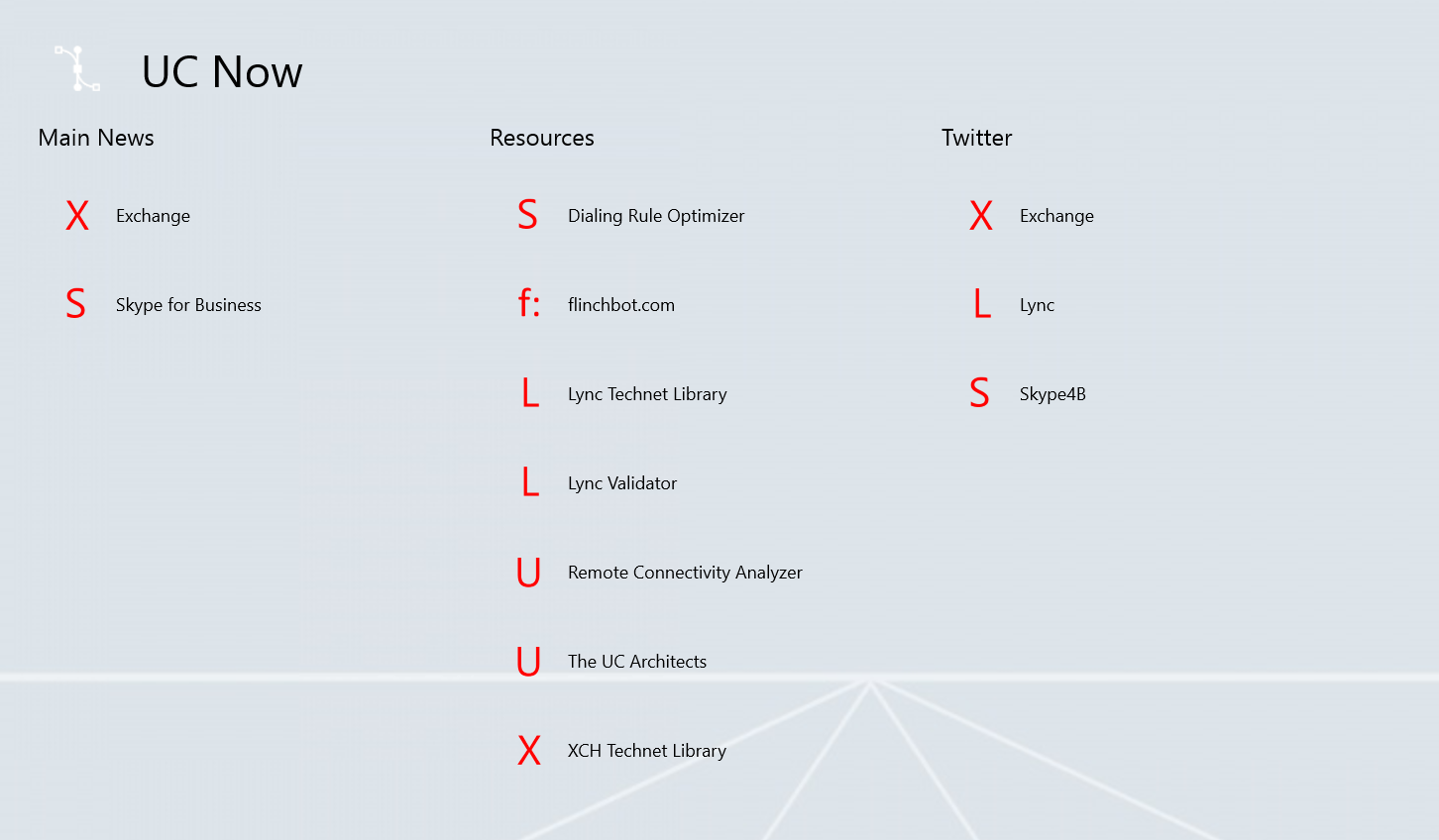 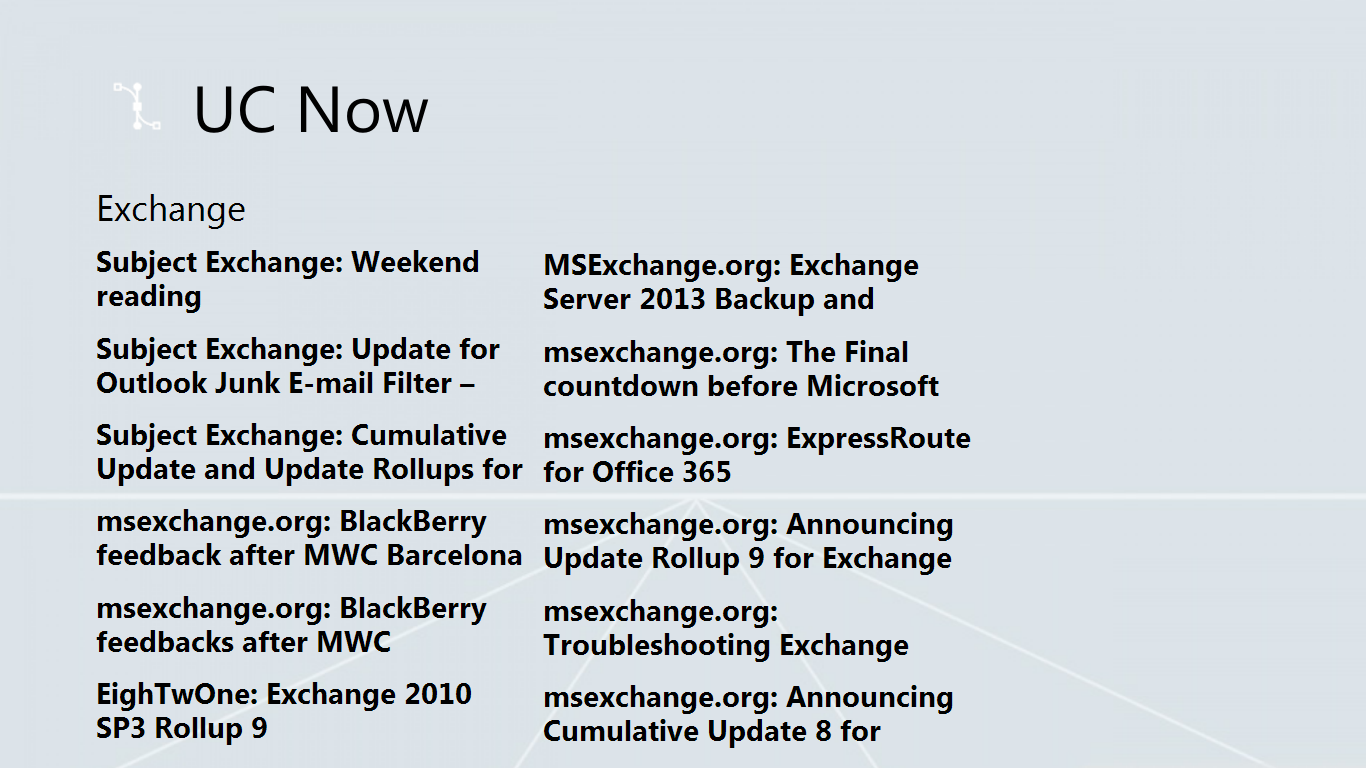 If you have any of the older Windows apps installed, please uninstall them as they will never get updated.