Windows Phone 7 for the IT Guy

I picked up an HTC Arrive the other day. This is the first Microsoft Windows Phone 7 (WP7) released by Sprint. I had been toting around a barely functional HTC Touch Pro 2 for the past 6 months. This old phone of mine would randomly reboot, not fire up applications, not properly refresh the screen – a whole host of issues. Sometimes the phone worked, which was a nice feature. Daily reboots were not uncommon.

So on the day the Arrive was released, I was first in line at my local Sprint store eagerly handing them large sums of money for a new phone.

So why did I hold out for a WP7 phone instead of grabbing an iPhone or and Android?

Well, Sprint doesn’t sell an iPhone and I’m not excited to jump into the closed Apple ecosystem. I’ve never liked iTunes and the thought of putting that on a PC is entirely unappealing. (It must be said that I have a Zune HD so having 2 large programs running ostensibly just to copy data to a device also factored into the decision-making).

I actually do lust after the HTC Evo even though my major metropolitan area STILL does not have Sprint 4G. But as the title of this post says, I am an IT guy and we are a Microsoft shop.  While most of my IT comrades run either Android or iPhone, we do officially support the Windows Mobile OS of which WP7 is the latest iteration. And so I decided to wait for the new Windows phone instead of jumping at an Evo 6 months ago.

3 days into my WP7 phone, did I make the right call?

And the answer is sort of, not yet, mostly.

To clarify – this phone is a blast, clearly the best mobile OS Microsoft has ever made. While I have little experience with an iPhone or an Android, I can’t imagine how either of those 2 could be faster, more responsive, and easier to use.

There are hundreds of well and not-so-well written reviews of the WP7. Some complain about asinine things (you have to use Windows Live! Oh the horror! As if having to use Apple’s or Google’s online offerings are at all different). Some compliment the obvious things like the tiles on the home page.

I will address the geekier, IT-centric strengths and weaknesses.

The primary strength is that this phone is fast, easy to use, and something the average end-user would have no problems using (or being forced to use, depending on how your company rolls.) I couldn’t say the same about the tired and unreliable Windows Mobile 6.5.

WP7 implements much of the ActiveSync protocol such as forcing screen locks but swings and misses on a few such as requiring device encryption. This is not a feature that WP7 supports yet. Device encryption should be added in the second half of 2011.

Though I haven’t tried it yet, WP7 includes the new Direct Access technology enabling it to make a VPN connection into your office to, among other things, browse your Sharepoint site via the built-in Sharepoint app.

And of course, this is the only phone with native Word, Excel, and PowerPoint apps. I have not yet explored the built-in OneNote app but it could be exceptionally handy as a note-taking application on the road. allegedly you can mix typed in notes with voice recordings and pictures/videos all taken with the phone. Sounds interesting and could be a killer app for those on the road who live and breathe via note taking and on site documentation. 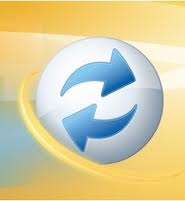 One thing that, from an IT security standpoint is a good thing, is the lack of removable storage. There is no SD (or equivalent) slot on this phone. Much like the iPhone, you get what you get -no expansion. However, Microsoft is showing that they are very much awake to “the cloud” and you get 25GB of free disk space on their SkyDrive service.

So far, so good. This phone delivers on usability, but for an IT-centric guy like myself there are some major pieces missing.

Lack of encryption was listed above. But what I am going to sorely miss (until someone figures out how to add it in) is tetherin/hotspot access. The one thing my old TouchPro 2 phone did shockingly well was to be a WiFi hotspot (thanks in large part to the WMWiFiRouter app.) I travel a fair amount through work and when stuck in locales with either no free WiFi or with poor WiFi, I could always use my phone. That option is now gone.

Our company is currently deploying Microsoft Lync. Sadly, there is no Lync option on this phone. There is no app available. A few Microsoft developers have taken to doing this via the moonlighting option now available but there is no definitive ETA for this to arrive. Users on the old Windows Mobile can continue to use the OCS client and there are a few 3rd party options in the iPhone and Android markets.

As for managing and securing WP7, there isn’t much out there yet. Much of this has to do with WP7 being such a new platform that the security developers are still playing catch up. But some of it also has to do with WP7’s weak features to support these vendors. Microsoft promises to greatly boost the WP7 OS by late 2011 including, among other things, multitasking and more ActiveSync controls. Windows Mobile 6 was about the most feature-rich phone for management by IT. So we know Microsoft can deliver it’s just a matter of when.

Finally, the IT apps are pretty sparse so far. As this is a broad category and I don’t know what you the reader expect to find. Just expect the majority of iPhone/Android apps to be missing in the Windows Marketplace.

So in summation – from a consumer standpoint, this phone is great. It really is pretty sweet. But from an IT standpoint, it looks to still be about 6 months too soon to take it seriously as a business device. Once the promised “mango” update comes out for WP7, many of these issues should get cleared up.

The joy of being an early adopter….