My Whole World Has Changed 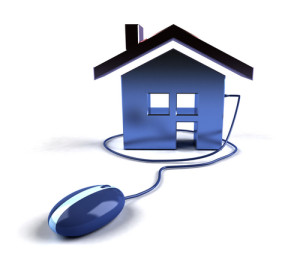 I had been using Yahoo! Pipes for over 3 years to drive the Lync News/Skype for Business News aggregator. About 2 weeks ago, Yahoo! announced that they were killing off this service in the August/September time frame. This caused me some consternation. Not because I didn’t see it coming – Yahoo! hasn’t updated the thing in about 3 years – but because of the amount of work to get it going again somewhere else.

To take a step back – I started the Lync News aggregator right about the time Lync 2010 was being released. I was a novice OCS 2007 R2 administrator. The company where I worked at put a hold on continuing to deploy OCS due to the imminent release of Lync. This gave me time to read up on Lync and try to get educated before our consultant showed up to help us install it.

The problem was finding good blogs about Lync and then remembering to check them. Not that there were a lot of blogs back then, anyway. But it was still tough to get notified when there was something new to read. Enter Yahoo! Pipes which let me build a complex aggregator that grabbed the RSS feeds of these sites and spit out a new aggregated RSS feed. I could then look at this aggregated feed and be notified about new articles.

At some point I decided it was a good idea to send this feed to Twitter and thus the @LyncNewsTweets account was born (as well as it’s duplicate spawn – @S4BTweets).

And then I wrote an app for Windows Phone. This was initially hand coded. And by hand coded I mean I ripped off sample code from Nokia and heavily edited it.  I even found 3 bugs in their code and was able to fix 2 of them. While I do have a Bachelor’s Degree in Software Engineering, I hadn’t coded in C in about 15 years. Fortunately, Microsoft has released their AppStudio site which now takes all of the programming out of my hands.

Now that there are Universal apps, there is also a version for Windows 8.1.

A buddy pointed me to AppYet.com and so that’s why there is an Android app. Again, no coding on my part makes me happy. That one has had over 10,000 downloads!

And then I created a MailChimp newsletter to summarize the previous days news. And then along came Facebook, Bitly, Delicious, and Tumblr. Google + was working for a while but posting to Google + isn’t exactly easy. (No jokes – I actually use that thing a few times a week).

About 18 months ago I created an Exchange News pipe and started posting that to Twitter. I don’t ever read that one but I thought I’d be nice. That feed ended up in the Windows Phone and Android apps when I renamed them both to UC Now.

A small peak into one of the many pipes.

All of this was powered by Yahoo! Pipes. The Lync/S4B pipe had 142 RSS sources. Exchange much less because those people just don’t seem to blog as much (and I’m not bored enough to dig up the blogs I’m missing). And Yahoo! Pipes was going away. What to do?

I did some research for a week or two and there wasn’t anything that could really scale up to what I was doing. Most aggregators were meant to aggregate a handful of feeds and that was about it. They couldn’t filter to make sure that the resultant articles in the feed contained certain words like “Lync” or “Skype”.

I then came across the “WP RSS Aggregator” plugin to WordPress. I installed it on my throwaway site I’m Smarter Than You and gave it a go. It does pretty much everything I needed out of it except for appending the Source into the RSS Feed for each article. So for those of you that have noticed that I no longer give credit to every article in the Title…well that’s why.

So I migrated all of the feeds over to that, throwing out the ones which no longer worked. The number of feeds dropped to 113 from 142. And you know what? The RSS feed is working better than it ever did on Yahoo! Pipes. Pipes was powerful but also extremely unreliable. Well over half half the time it didn’t pull in my own articles! The nerve! Now it’s pulling everything in like it was always designed to do.

Tonight I flipped the Exchange feed to be powered via WordPress too.

I’ve also run around everywhere and updated the feed URL so that all of the places that I blast this stuff out to is now running off the new feeds. That includes updating the apps too. The Android and Windows Phone apps should be notifying you in the next few days about an update.

And during this big rebuild of the feeds, I finally went ahead and moved flinchbot.com off of WordPress.com and to its own hosted site. I’ve been wanting to do this for a long time as I’ve always wanted more flexibility than what wordpress.com gives you.

And yesterday I read this article by Andrew Morpeth. He basically did the research for me so this site is also now hosted by MDDHosting. He’s right – the support is fantastic. I’m getting answers in 5 minutes.

So I’ve migrated the whole site from flinchbot.wordpress.com to here. It gave me a great opportunity to refresh the look of the site, if for no other reason than the theme I had been using is no longer available. I like this new theme. It’s similar to what I had but much less drab. It’s much more modern and seems less hacked together. Which is exactly what the old theme was.

So now I have a new feed and a new website host. This is all worth it to me as I still read most of the articles that come through via the feed. I hope you get some of value out of this too. While it’s not hard work (well, now that I don’t have to code the Windows Phone app by hand!) it is fairly time-consuming.Adding or editing a new entry into the Yahoo! Pipe monstrosity was a giant pain. This new system is much easier.

I always appreciate it when I get a random ping from someone asking to get their blog added. And I hope more of those continue to trickle in every few months. It let’s me know some people value my efforts.

And if you know of any good Exchange blogs, please let me know.

BTW – If you’re a Windows/Windows Phone user, can you give the UC Now app a rating and/or review? Thanks!